XAVI PORRAS GETS THE GOLD MEDAL IN GROSSETO

The athlete Xavi Porras was proclaimed European Champion in the long jump in Grosseto (Italy) on Tuesday. The jumper, who last week succeded in Valencia getting the minimum A ensuring his participation in the Paralympic Games of Rio, confirms with this medal that he's in good shape. 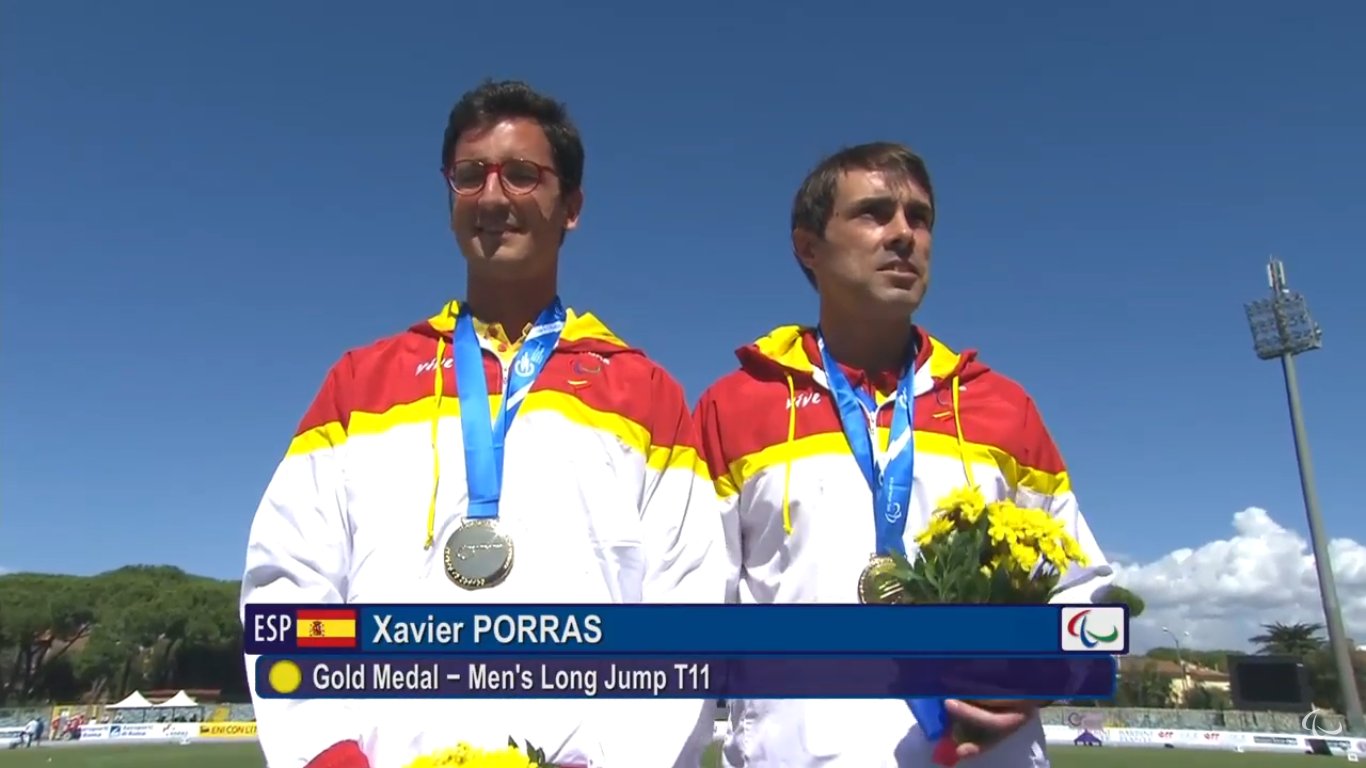 The Catalan signed his best jump with a mark of 6,14 meters and also a new record of the championships, "I'm very satisfied because it has been a very regular competition" said Xavi, exceeding six meters in four of his jumps and where he has been imposed in the final standings with the Spanish Parejo Maza (6.05 meters) and Russian Koptev (5.65).

"We were looking to get to a closer distance between 6.20 and 6.30 meters here", said Xavi, who with this victory certifies his super level and also assumes his second gold medal in a European Championship after Rhodes (Greece) in 2009 in the triple jump.